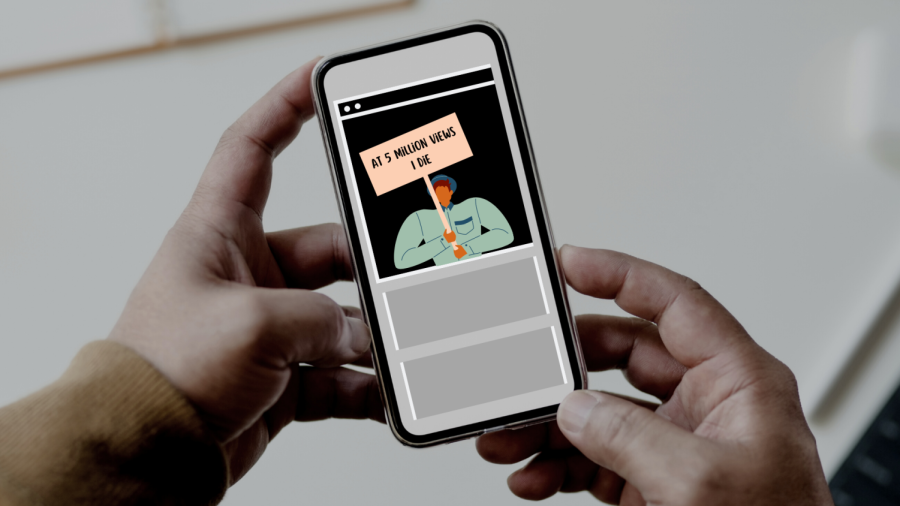 I always love a good thriller or murder-mystery series. It entices and draws the audience in more. So when I saw “Clickbait,” a mini-series on Netflix, I was electrified.

“Clickbait” follows the story of Nick Brewer (Adrian Grenier), a husband and father who is abducted. A video circulates of him holding a sign: “AT 5 MILLION VIEWS I DIE.” His sister Pia (Zoe Kazan), others close to him, and the police department try to uncover what happened to Nick. But more importantly, why?

Sounds thrilling, right? I ended up being click baited.

When it comes to staying engaged, “Clickbait” definitely delivers. With an eight-episode series, it has focused on different people close to Nick or trying to uncover what happened to Nick each episode. Titles of the episodes include, “The Sister,” “The Wife” and “The Detective.” Its plot and storyline leave the viewer wanting to see what happens and wanting more of what happened to Nick because of how the actors are revealing and telling the story.

Kazan does a great job of portraying Nick’s sister Pia and breaks several boundaries to find out what happened to him, as well as uncovering the lies in his life. She is the definition of how a younger sister is: annoying, protective, rude, sometimes kind and always by her brother. Meanwhile, Grenier owns all the flaws and the good of his character Nick, making the viewer feel genuinely sorry for him.

Although this does keep the viewer wanting to see where the story leads, themes like heartbreaks and relationships are too recurring, leaving the show with too much substance. And it left me with a migraine, but still watchable to some extent. Nevertheless, “Clickbait” failed to meet the expectation and the plotline was nothing but trite. It was another one of those “whodunnit” crimes and “it’s the least one you expect.”