The underlying problem behind hockey culture 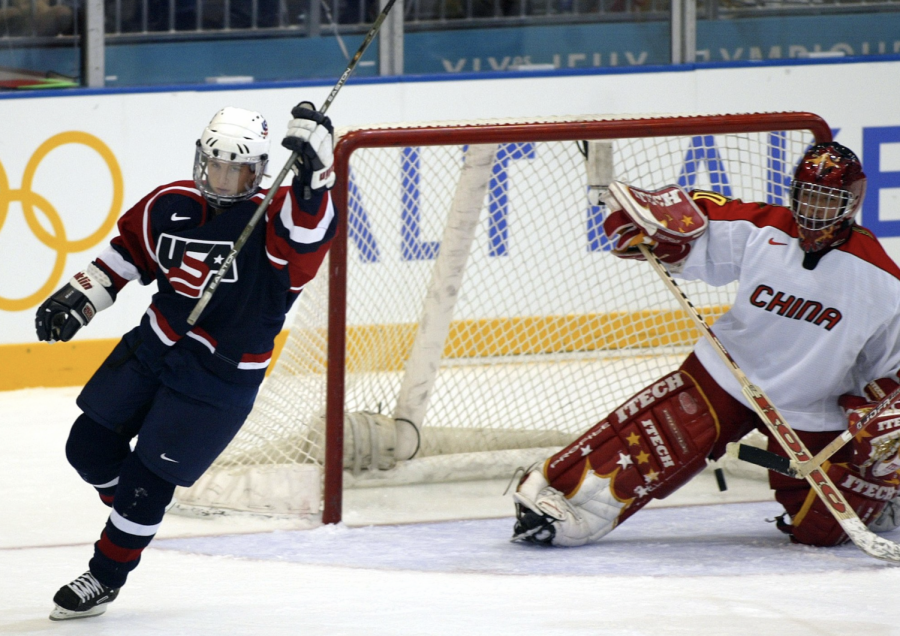 “Too much, too soon” is one way to put it. Three months ago, the Chinese national ice hockey team was under threat of being kicked out of the Olympic tournament. If they don’t get their act together, it will set them on a collision course with the best players in the world. Live from Beijing, it could paint us viewers a gruesome picture of the anticipated “on-ice massacre.”

Team China is bad. Like, really bad. Ranked #32 in the world, right before Israel and Australia, known ice hockey juggernauts. And their luck really came through when they drew into a group with Team Canada and Team USA. This year the NHL and the NHLPA decided they would allow players to compete in the Olympics, filling the Canadian, American, Swedish, Finnish and other European teams with all-stars.

Maybe all this attention on Team China’s tragic near future is just some underlying xenophobia or anti-Chinese sentiment within North American hockey media. Maybe this sport took so long to grow its roots in China because they couldn’t see themselves rattling the boards by throwing their bodies into opponents, or playing a sport where it’s often quipped “I went to a fight and a hockey game broke out.”

The implied violence of hockey culture is only the tip of the iceberg. Hockey needs to clean itself of its current culture in order to make the sport global.

China first turned its head when Andong Song became the first Chinese-born prospect to be drafted into the NHL. Usually, a lot of attention is focused toward the first round of the Entry Draft, because it’s when elite talents are officially brought into the NHL where they would hopefully become stars (or they become what is called a bust). By the fourth round, there’s not much attention. Months later after being selected 111th overall, Mitchell Miller received attention for the wrong reasons. On Oct 26, 2020, the Arizona Republic published an article detailing how Miller regularly assaulted a disabled black classmate, Isaiah Meyer-Crothers, five years ago in Sylvania, Ohio. Miller and another classmate admitted in court to forcing Meyer-Crothers to licking a piece of candy that had been wiped on an urinal. Miller also reportedly referred to Meyer-Crothers using the n-word. You’d figure professional teams would judge the character of the players they drafted. Or at least do a background check.

This standard of judgement of character is seemingly common among hockey teams and their organizations. More recently, the Canadiens drafted Logan Mailloux at 31st overall. Just about six months before he was drafted, Mailloux, on a loan to a team in Sweden, took an illicit photo of a woman and circulated it to his teammates without her consent. He received a fine in Swedish court. It is outrageous that the Canadiens decided to draft Mailloux even with this horrible action linked to his name and even more outrageous after Mailloux put out a statement the night before the draft withdrawing himself from this year’s draft to better himself. It is outrageous to disregard the player’s own decision to step back and take initiative to try and become a better person. It is outrageous to take that responsibility upon a professional sports organization. Hockey teams are not rehabilitation centers.

But hockey teams can be the perpetrators themselves. On June 1, 2021, a former high school hockey player who claimed that he was sexually abused by former Chicago Blackhawks coach Brad Aldrich sued the NHL franchise for allegedly providing a positive job reference for Aldrich despite knowing he was a sexual predator. As the story unfolded, two players came forward saying that Aldrich had sexually assaulted them and the team had refused to report it. Aldrich, who was a video coach, reportedly invited his victims into his apartment where he coerced them to watch pornography or touched them inappropriately. Aldrich held their careers in the NHL over the victims’ heads. In addition to not reporting the assaults, the victims suffered from verbal homophobic attacks from teammates at practice. That was the year they won the Stanley Cup.

I had blindly stumbled into this glorious sport, unaware of the unfavorable culture. The day I won the state championship is still one of the best days of my life. I just hope that many others like me, non-white and non-male, will be able to enjoy this sport freely.

In order to share our sport with the world, we must change our sport for the better. As hockey expands into new communities, the glaring bigotry within hockey culture will not and cannot be ignored. Only time will tell how hockey culture evolves once Chinese star players make their break across the globe.