Fans celebrate after Matt Patricia firing: Is Jim Harbaugh next? 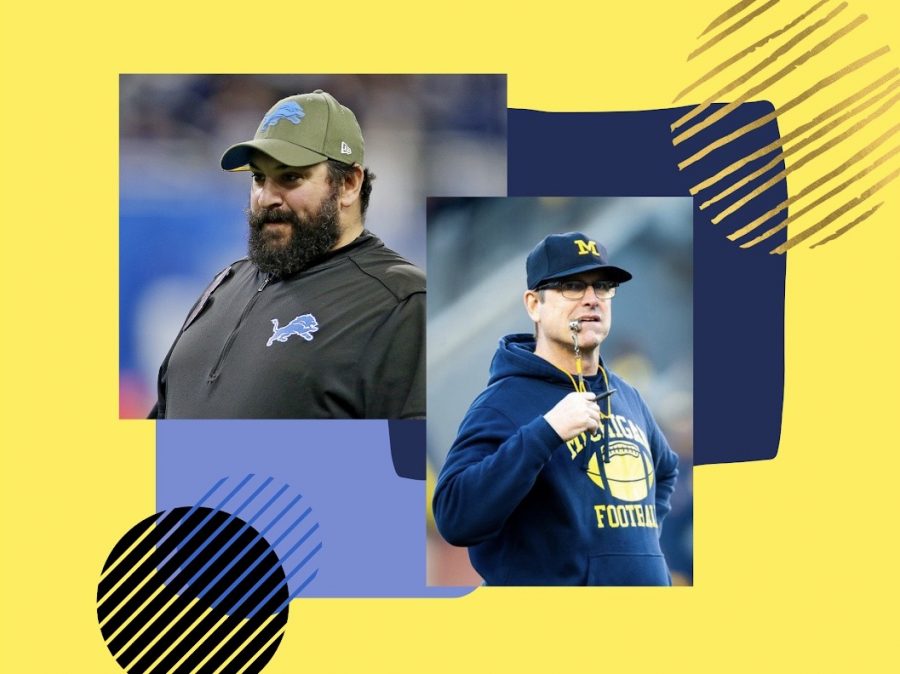 After two and a half disappointing seasons as the Detroit Lions head coach, Matt Patricia has finally been let go.

Brought in to restore a Lions program which hasn’t seen a playoff win in nearly three decades, Patricia suffered a tough start to his tenure and was never able to get his feet under himself. After racking up 22 losses over his first two seasons while only managing to scrape together a meager nine wins, Patricia was in desperate need of a breakthrough in 2020. It never came.

Despite managing a handful of wins, the season has so far been plagued by the same frustrations as always: injury, improbable defeat and bad coaching. Many fans expressed their satisfaction following the announcement of Patricia’s termination. Some have been pushing for Patricia to be let go since his inaugural season.

Forty-five miles west of Detroit, fans impatiently await the outcome of a similar situation.
Jim Harbaugh, long hailed as the savior of University of Michigan Football, currently leads a team that has lost six of its last eight games. His players seem deflated, sluggish and indifferent to defeat. They lack determination. The defense has been practically unresponsive against mediocre opponents and the offensive play calling has been absurdly predictable. As for starting quarterback Joe Milton? He’s benched, despite Jim Harbaugh being touted as a “quarterback whisperer.”

Needless to say, Harbaugh’s seat is growing hotter by the week.

Many fans couldn’t believe their eyes as they watched Michigan suffer a defeat to Michigan State at home on Halloween. Several weeks later, Michigan barely scraped a victory against Rutgers- a program which has only managed thirteen wins over the previous five seasons. Last year, Michigan won the contest against Rutgers by a margin of 52 to 0. So what exactly is at the root of this abrupt fall off?

Some fans blame COVID-19. Michigan began play six weeks later than usual this year, and social distancing protocols are no doubt impeding upon the efficacy of team practices. Some players, such as star wide receiver Nico Collins, have opted not to play due to safety concerns. But while these pandemic-related explanations certainly offer some insight, a closer look suggests that Michigan Football has been on a negative trajectory for several years now.

Many would argue that the decline of Harbaugh’s program began in November of 2016. Harbaugh headed into “The Game” against Ohio State with a talented, playoff-hopeful team under his belt. Hopes were high.
Michigan took an early lead, but Ohio State clawed its way back into the game, and when the dust settled, it was another devastating defeat for the Wolverines at the hands of their bitter rivals. In response to a disputed, game-deciding call that went in favor of Ohio State, Harbaugh was livid. He waved his arms animatedly, presumably yelled at referees off camera, and was later fined for his post-game comments criticizing the officiating. Jim Harbaugh was passionately infuriated and unafraid to make his frustration public, just as he was unafraid to make his excitement clear in times of celebration.

But in the months and years following that loss, Harbaugh’s energy has slowly tapered off despite several successful seasons. On the sidelines, he seems disoriented, perhaps even disconnected. What happened to the fire, the gusto, that used to stir emotion and produce vivacity within Harbaugh’s teams?

Maybe it’s just a temporary slump. Clemson University head coach Dabo Swinney didn’t win a National Championship until his eighth season. But Harbaugh is now in his sixth season and has yet to beat rival Ohio State. What’s more, he’s only 2-11 against top 10 teams, and has only won one bowl game out of five. Jim Harbaugh is a good guy and a true “Michigan man.” But right now, it seems unclear whether or not he is capable of restoring U of M’s blue blood football program to its former glory.

For the Lions, a move towards new beginnings has already been made. There’s light at the end of the tunnel for fans. Michigan’s fan-base, however, remains suspended in the frustration of not knowing when football will become watchable again, let alone enjoyable and invigorating as it once was. Clearly, something needs to change. Though the Wolverines were recently spared having to play against Ohio State due to a COVID-19 outbreak, it seems only a matter of time before the finishing blow is dealt to Harbaugh’s career as a Wolverine.