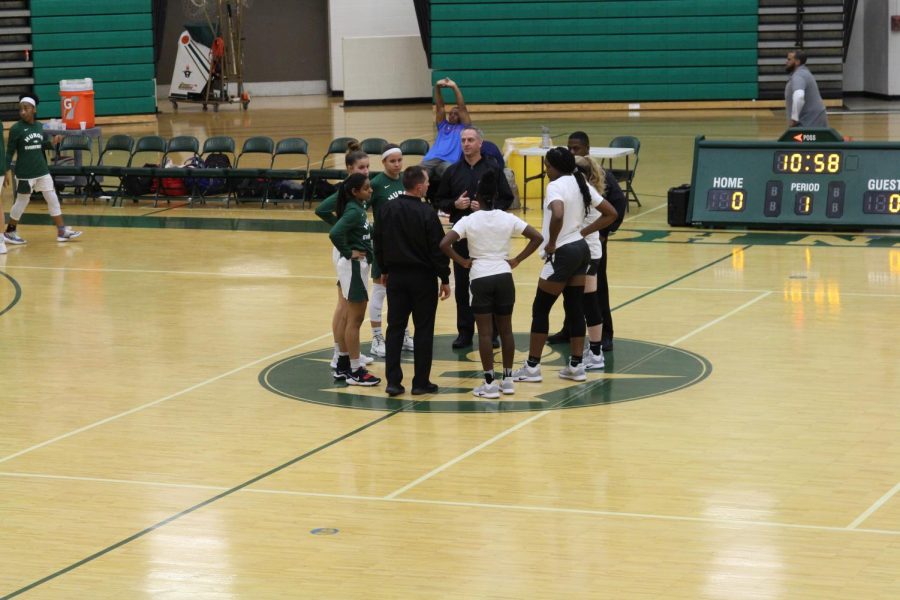 Huron and Wayne Memorial captains meet with the referees at center court before the game.

Last Friday the girls varsity basketball team won the SEC Red conference for the third time in four years. To make it even sweeter they did it over rival Pioneer.

“We started off really well, the game was close until we started to pull away in the fourth quarter and control the game,” senior Sienna Smith said.  However, this year was much different than the past years, as the team has faced many more challenges.

Size has been a big challenge this year. We aren’t very big as a team so trying to stop the other team’s bigs was always a tough challenge,” Smith said.

Although they have already won the conference the work doesn’t stop for the team. They have already started prepping for their next opponent Chelsea. The game is this Friday and is also their senior night at 7 p.m.