College athletes getting paid has a breakthrough 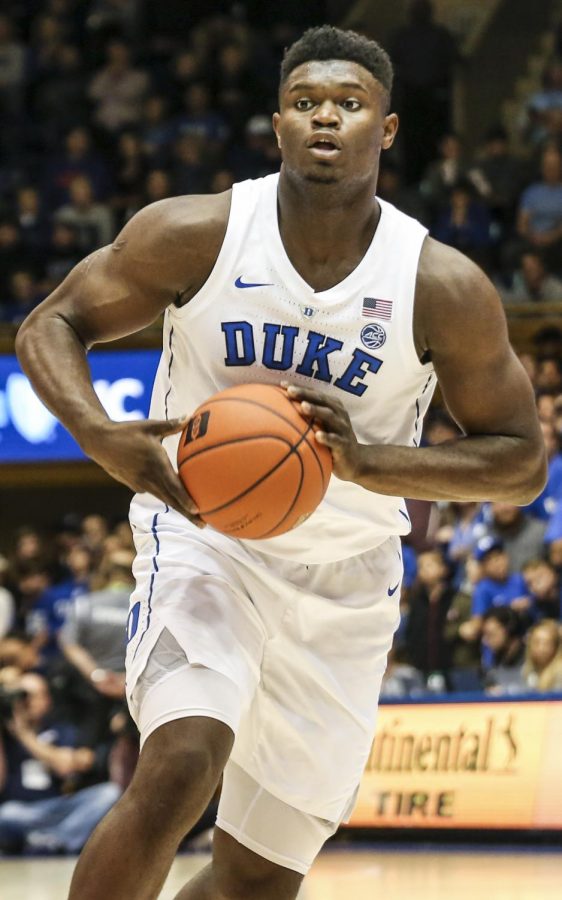 Zion Williamson looks to pass in a Duke exhibition game. Prominent players like him will be able to secure endorsements in college.

The debate of college athletes being paid has been heating up, and the NCAA has finally taken action at least to a small extent. On Tuesday, Oct. 29 the NCAA passed a policy enabling student-athletes to profit off of their name, image, or likeness something that was deemed as an infringement before.

This would allow high profile players such as Zion Williamson, or even Cassius Winston in our own state to make money off endorsements by other major companies. This means student-athletes could sign shoe deals, clothing deals, and engage in advertising opportunities, basically anything a professional can do.

Michael V. Drake, NCAA’s chair on their governing board, gave a statement to the media on the matter.

“We must embrace change to provide the best possible experience for college athletes,” Drake said.

The decision was made with hopes of avoiding several lawsuits, which shows the NCAA didn’t completely have a change of heart.

However, it allows the NCAA to somewhat meet athletes in the middle, which is better than them ignoring the issue as they have done in the past.